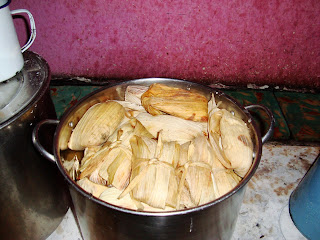 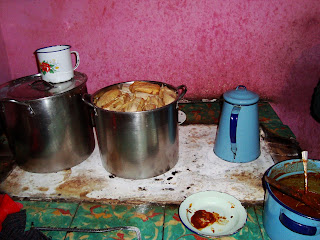 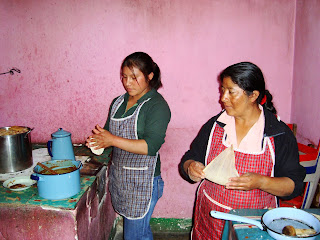 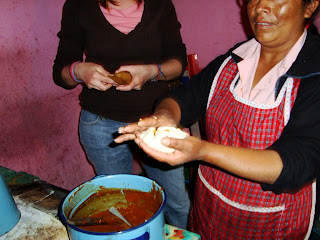 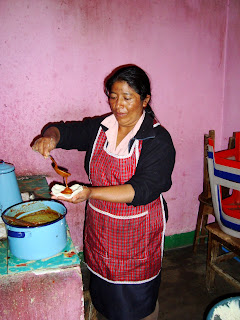 I made chuchitos with Doña Chama the other day. This time I have the recipe right for when I get back to the states!
Posted by Sara Knechtel at 9:02 AM No comments: 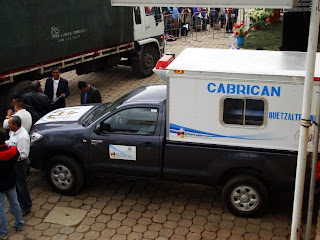 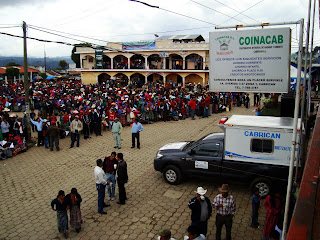 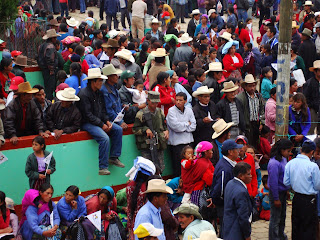 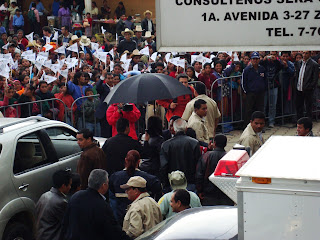 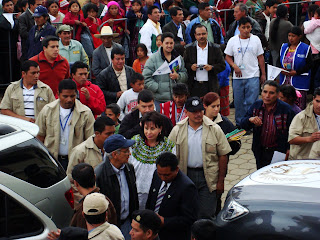 The first lady of Guatemala came to Cabrican yesterday to drop off an ambulance for our town. She flew in on a helicopter was shuttled into the center of town and gave a speech and then was shuttled right back out as quickly as she came.

The Municipality provided a lunch for her, which was to be held in the library, so it was blocked off and searched for bombs etc. For some reason (I guess I look sketchy), one of her body guards wasn't going to let me in, even though I worked there and the staff had told them I would be coming (or rather, a gringa would be showing up). All the security turned out to be a bit unwarranted though, because a medical doctor showed up, supervised the packing of her food and took it to go. In the end, she never actually came into the library.
Posted by Sara Knechtel at 8:32 AM 1 comment: 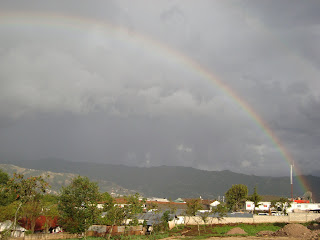 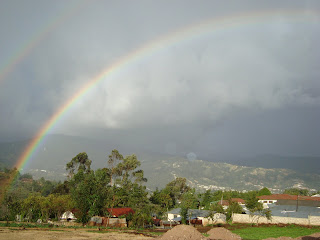 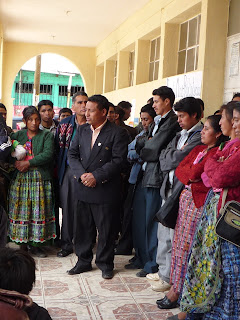 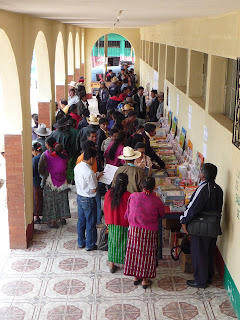 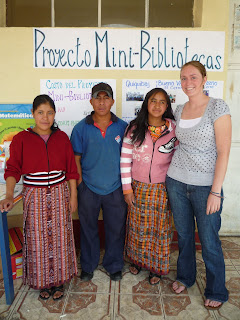 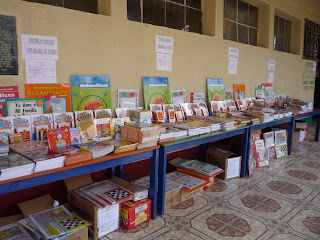 We had the inauguration for the mini-library project this Monday, June 1st. Once again, THANK YOU to everyone who donated. Some pictures from the event are posted above. If you would like to see all of them please check out the link below. 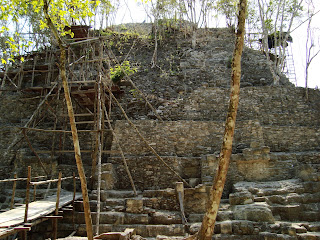 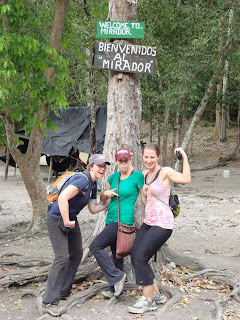 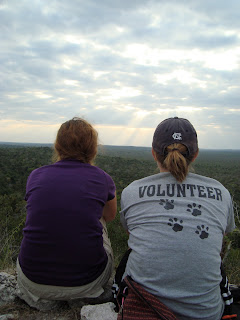 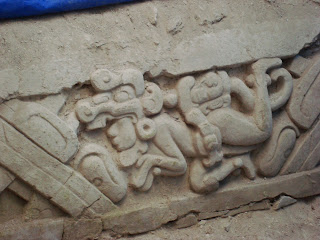 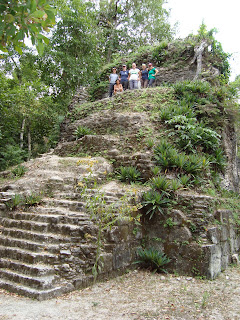 My mother has drawn it to my attention that I’ve gone almost two months without making a blog post. As a result I’m going to try and do a rapid fire update.

In April, we had the week off for Semana Santa so I hiked through the jungle to the Mayan ruins of Mirador on the Mexican border with Peten with some of my fellow volunteers. Mirador was built between 600 BC and 150 AD at which point it was almost completely abandoned for still unknown reasons. It houses one of the largest pyramids in the world and was recently in the news over the discovery of a nearly completely intact panel that is believed to depict the two Mayan twins from the Popol Vul (Mayan equivalent of the bible). Mirador has no road connecting it to civilization and can only be reached by a two day hike or by helicopter. Still mostly covered by vegetation (it took 30 years to uncover ), it was an interesting experience to see an ancient Mayan city mostly still in its forgotten form and to be able to see the pyramids before they are restored.

Cabricán’s mini-library project was put on hold until now. The municipal government ran out of funds and we were unable to collect those which they had promised us. As a result, we put the book purchasing on hold until new funds were received from the national government. These should be coming in next week. Hugo, the library’s director, and I are going into Xela tomorrow to make initial purchases. All of the books should be purchased by the end of next week and we are hoping to turn over the mini-libraries and train the school directors and teachers on Monday June 1. Once again thanks to all of you who donated!

Rainy season has begun again. It’s my third here in . I’m dealing with water flooding under my doors and leaks in my ceiling. A temporary bridge set up between my town and Xela has almost completely washed out and there are mini mudslides are everywhere. The good news is that I don’t have to sweep my house daily due to dust anymore and that things are starting to turn green again.

I turned a quarter century.

My little brother graduated from UNC. I went home to surprise him for graduation and to drop of Xpint, who is now a citizen. He behaved himself beautifully on the plane, sleeping for most of the flight and only crying during take off and landing. Many people in town have been asking why it so much easier for an animal to get a visa than a person. I cannot explain this to them in terms they would understand.

I already really miss my cat. I keep expecting him to come flying through the window from outside. I found a huge spider in my bedroom today that I was unable to kill/trap and flush down the toilet (it escaped into the wall), and, had Xpint been here, he would have had that completely under control. He on the other hand, doesn’t appear to miss me all that much. According to my parents, he’s settled into life at 1483 beautifully and he and the dog are fast on their way to being friends.

My training group had our (Close of Service) Conference last week. There are less than two months left our service for those of us who aren’t extending. It is shocking how fast the time has gone. : the official date I am allowed to leave .

That’s it for now. I will try and be more on top of things in the future…

Posted by Sara Knechtel at 2:00 PM No comments: