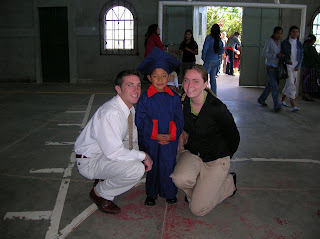 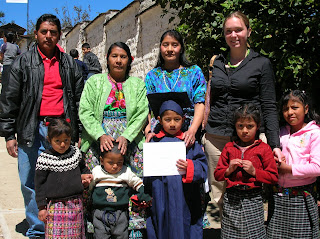 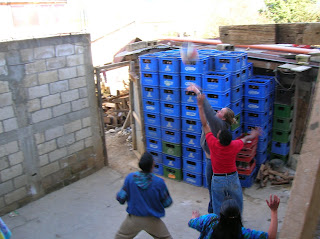 10/29/2007
This weekend Brian and I were the padrinos (godparents) for my neighbor Roberto’s graduation from kindergarten. I was confused at first why Reina, his aunt, asked me to be madrina instead of Aneth who has been in Cabrican for almost a year now, but Brian and I determined it was most likely a result of my blonde hair. People here like to show off the gringos and Aneth, although she grew up in the states, is still Guatemalan in appearance.
Roberto is six years old. He’s a little monkey who clambers under my gate to break into my place and constantly pesters me to spend time with him. We’re reading the first Harry Potter, if you can consider it reading. We never finish more than five pages in one sitting because Roberto has the attention span of a goldfish. It most often evolves into a language exchange, where he teaches me words in Mam, and I teach him words in English. This at least is educational. I try very hard to think of educational things to do with him because I know the education provided in Cabrican is below even the Guatemalan standard of education. This is why we’re reading Harry Potter instead of watching the movie despite how much it tries my patience.
Roberto lives with Reina because his parents were killed when he was two. I think they are a great source of comfort to each other, both giving the other the family that they needed. Roberto got a mom and Reina got a child. Not that the extended family isn’t close. Reina’s brothers and sisters are always over with their children and the grandparents are around often as well. We got to spend Saturday with most of the family as they all came in to watch Roberto’s graduation.

Roberto was visibly enthused about his graduation. He arrived with a giant grin on his face and looked adorable in his little cap and gown. The ceremony itself was long and drawn out as all Guatemalan ceremonies are (even more so because the electricity was out, and they waited a long time hoping it would come back on), but it was fun nonetheless. Brian and I, as padrinos, got to escort Roberto to the stage and make a little congratulatory speech to him.
After the Ceremony, we all went back to Reina’s for a large lunch. She has a small basketball court in the back of her place so we played basketball and hung out with Roberto and all his cousins. Reina and I took on her brother and brother in law in basketball, and although Reina was decked out in corte (the typical Guatemalan dress) she still kicked ass on the court. It is so interesting to see the mixing of cultures here. You would never expect to see some of the local women playing basketball in their corte, but they can and do, and do it well! It was a great day and really made me appreciate being in Cabrican and the people I am getting to know.
Posted by Sara Knechtel at 12:04 PM No comments:

10/24/2007
My alarm clock says that it is 55 degrees out. I can’t trust it, because I can’t figure out why sometimes it tells me its warmer at night than it was during the afternoon. One thing is for sure, it is steadily growing colder. When I arrived here it regularly told me it was 65 degrees out. Today I walked to the gym wearing my wool hat, long sleeved shirt, sweater, and raincoat, to no avail as the wind seemed to cut through all of it. I’m currently bundled up in my bed, still wearing my wool hat, contemplating pulling out my sleeping bag and wishing Guatemalans believed in, or could afford, central heat. I’ve been working on an excel spreadsheet for work merely so I can sit my computer on my lap and absorb the warmth it emits. Cups of tea drank today is nearing 500. No wonder I have to pee so often.
The good news is that I will soon be the recipient of a used space heater thanks to a COSing PCV in Xela (Coincidently, also Sara, without the H). A space heater AND a blender. Now I can finally start making all those margaritas I knew I would be sipping on in the Guatemalan heat. Joke’s on me. I never would have thought I would be cold in Guatemala, and it’s only going to get colder. It frosts over in December and January, although the Guatemalans like to claim that it actually snows (and don’t try to convince them otherwise).
At least the rain is going to be stopping soon, and my clothes can dry. This is my never ending dilemma here. For example, tomorrow morning I have to bus the hour and a half to the closest ATM to Cabrican in San Carlos Sija. Do I risk it and put my clothes out to dry tomorrow morning and hope it doesn’t rain while I’m gone, or do I leave them sitting inside my apartment and hope they don’t start smelling like mildew before tomorrow? Decisions, decisions.
Posted by Sara Knechtel at 8:57 AM 1 comment: 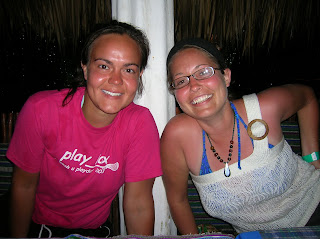 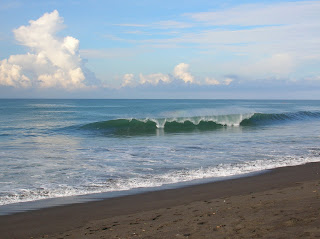 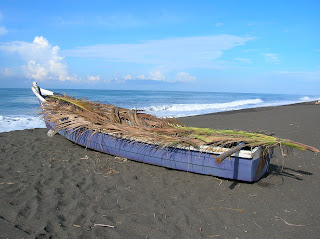 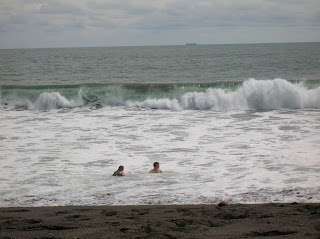 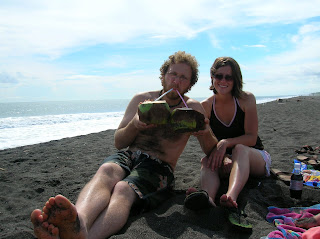 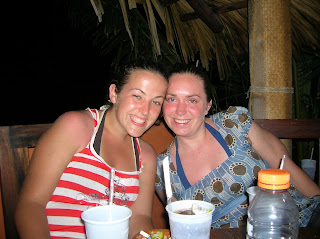 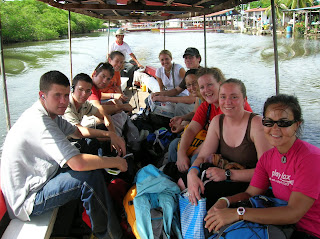 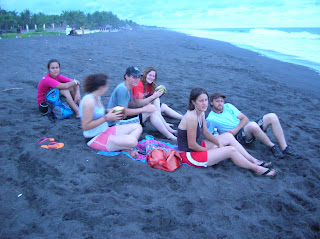 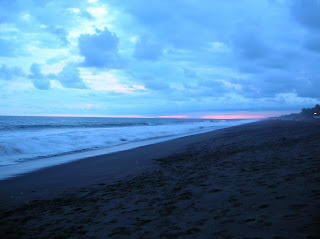 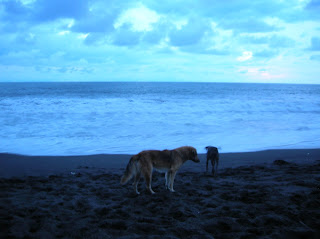 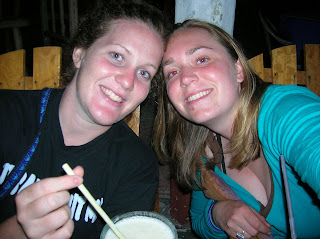 One of my favorite PCV´s, Miss Steph Marie, birthday party!
Posted by Sara Knechtel at 11:04 AM No comments:

I kind of perpetually feel like I am at a wharf. Not that there is any standing water for miles around unless you count puddles. But buses in Cabrican remind me of ships leaving in the night. They blast their horns all the way through town until they reach the dirt (or mud) road and head out to civilization. Relative civilization. That, and the rain is endless. Rain reminds me of wharfs for some reason. Lately it’s been starting earlier and earlier. When I first arrived it might not rain until one or two in the afternoon. Today it started at 11. This really messed with my laundry process. Since I’m leaving for the weekend and my clothes still aren’t dry, I can already sense the blast of mildew scented air upon my return. My apartment is already growing mold due to a leak. Mold, which I’m told is what has been causing my eyes to swell shut at night. I’m counting down the days until dry season, or “summer” as they call it here, ignoring the fact that it is actually winter and colder. Brian tells me I shouldn’t. The rain will only be replaced with dust, everything will turn brown, and then I’ll really get a sense of the massive deforestation plaguing Cabrican. And instead of my clothes smelling like mildew, they’ll just never get clean. However, since I have yet to experience the “summer,” I think that I will continue to look forward to it. What could possibly be bad about six months of sun?

... more pictures to come eventually.
Posted by Sara Knechtel at 10:55 AM No comments:

Sitting On Top of the World 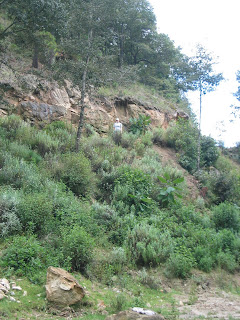 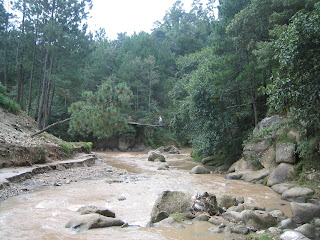 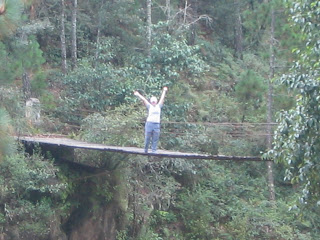 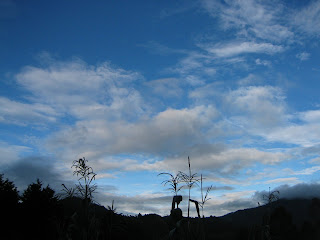 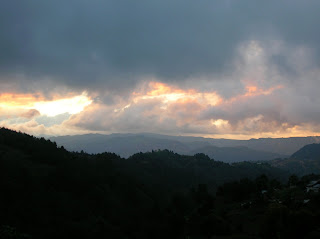 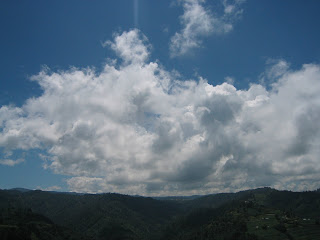 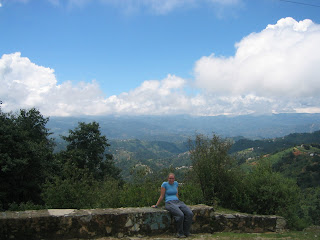 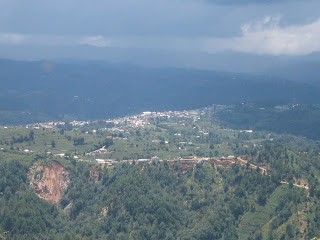 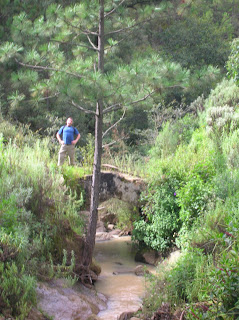 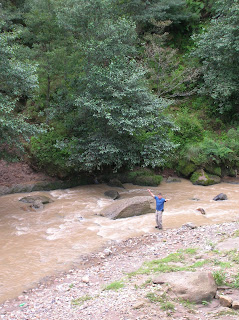 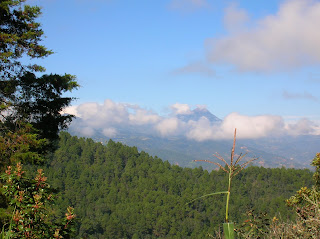 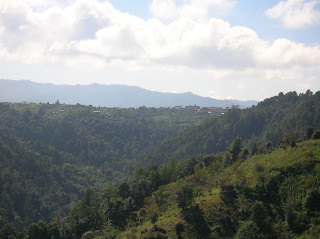 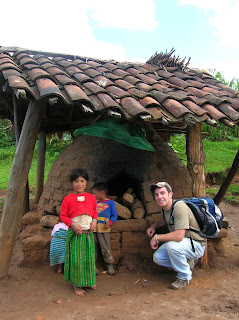 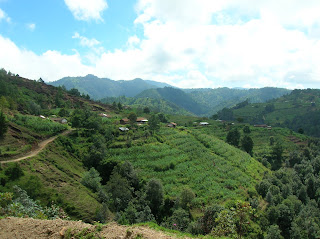 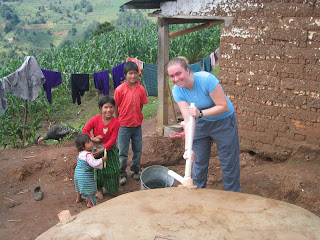 Some pictures from hiking around Cabrican!

Posted by Sara Knechtel at 10:02 AM No comments: